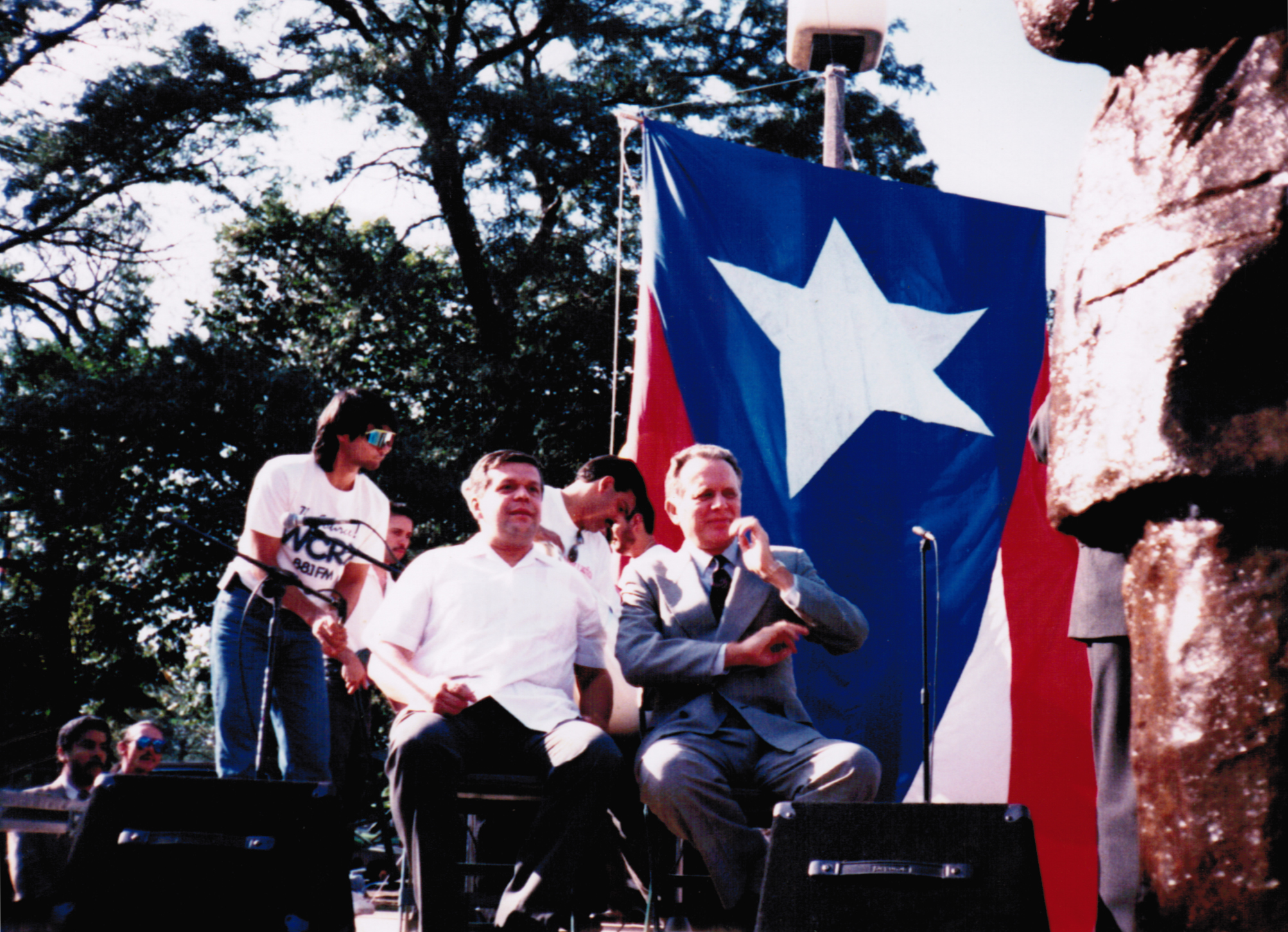 Welcome to our latest work in progress, one that is broad in scope and aspires to mirrors the depths of our work.

The Publications Folder represents numerous collections. It is a veritable treasure trove of PDF books, booklets and writings over the last three decades encompassing, although by no means comprehensively, publications and articles by and about the Puerto Rican Cultural Center (PRCC), Dr. Pedro Albizu Campos Puerto Rican High School (PACHS) and National Boricua Human Rights Network (NBHRN) and its predecessor, the National Committee to Free Puerto Rican Prisoners of War and Political Prisoners.

The publications were collected, and in some cases written by, PRCC staff and NBHRN membership, but also, where indicated, by collaborators, partners and “co-conspirators” in the different areas of work of the PRCC–gentrification, health inequity, the digital divide, educational reform–and its implementation of community-driven solutions to the issues presented.

An important aside: many articles and monographs written by PRCC and NBHRN collaborators are used here by permission but retain their respective copyrights. Also in the folder are: archival copies of newspapers, university newsletters, international tribunal organizing material (including a complete copy of USA on Trial ); extensive collections of articles on Puerto Rican political prisoners throughout the 35+ year campaign to free them;

The PRCC thanks all individual authors for permission to use their writings, and the following institutions for digital copies of their publications:

There are collections represented in the Publications Folder that are not visually organized, yet are complete. These collections exist in separate, online specialized websites and in different formats, such as photos, audio, video, PDFs, and slideshows. Dr. Michael Rodriguez Muñiz, PRCC Board member, is presently leading a team that will design a plan for the organization of the PRCC’s physical archives. Board members Dr. Ann Peterson-Kemp and I are discussing plans for the digital archives, of which this website is a product.

The collections about the Puerto Rican political prisoners are a good example of work yet to be done. There is much that has been collected in Chicago, but much more outside of Chicago, in the Puerto Rican Diaspora and in Puerto Rico that has not been gathered; how we make use of this existing documentation and the means of its publication available at that time, for present and future use, should only inspire us to move this immense task forward.

Another such collection is the Roberto Clemente Community Academy Collection, consisting of materials from the political witch hunt (late 1980s to early 2000) by the US government, FBI, and reactionary elements against indigenous Puerto Rican activists and institutions, with the larger aim of intimidating and destroying community activism and forcing the continued unjust incarceration of Puerto Rican political prisoners. These materials include scans of the front-page media frenzy, inspired by an FBI informant at the time, whose goal was disarticulating the Puerto Rican independence movement. Included in the folder, in addition to the scans, are pictures of demonstrations, the complete transcripts of the State of Illinois hearing against the movement and José E. López, perceived leader of the alleged criminal conspiracy, as well as editorials, commentaries, and op-eds by progressive educators and elected officials. The folder also contains the program, transcripts, and responding report from the People’s Hearing, organized by the Friends of the PRCC with leading educators from the US, in which community activists, as well as Clemente staff and students, testified. There are also eight videos of the testimony at that time on the PRCC YouTube Channel. Lastly, within the larger context of the Local School Council Reform that took place in Chicago in the late 1980s, and as part of the State’s attack against the reform instituted at Clemente at that time by the community, Clemente faculty, staff, parents, students, activists, and educators, we include what we have of the curriculum at Clemente from that period.

The collections put together so far represent a puzzle that is exceedingly important and, at times, seemingly infinite in magnitude. To complete the puzzle metaphor, we are presently–very slowly–piecing together collections from our files at Soundcloud, YouTube, Flickr, SlideShare and more, into a cogent counter-narrative to which many may contribute, both past actors and future activists.

As Edward Said sets out in Culture and Imperialism, “The power to narrate, or to block other narratives from forming and emerging, is very important to culture and imperialism, and constitutes one of the main connections between them. Most important, the grand narratives of emancipation and enlightenment mobilized people in the colonial world to rise up and throw off imperial subjection; in the process, many Europeans and Americans were also stirred by these stories and their protagonists, and they too fought for new narratives of equality and human community.”