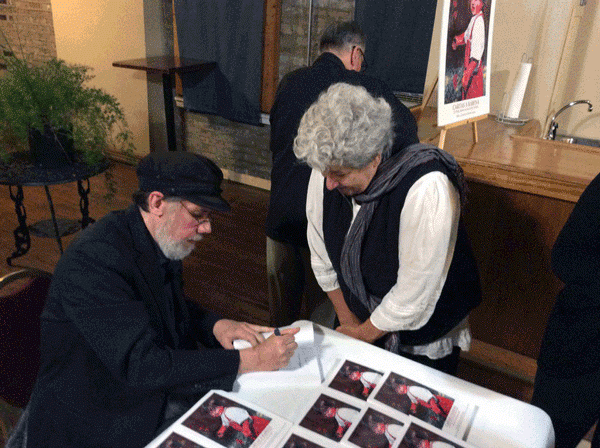 We Stand with Oscar

The National Boricua Human Rights Network sponsored a book reception for Cartas a Karina with Puerto Rican poets Martin Espada, who wrote the introduction to the book, and Juana Iris Goergen, poet and professor at DePaul University, last Friday, Oct. 28, 2016. The reception, held at Nellie’s Puerto Rican Restaurant on Paseo Boricua, counted with 4 people. During the light dinner, José E. López, Puerto Rican Cultural Center Executive Director spoke and introduced Juana Goergen, who spoke about reading the letters as they were published in Puerto Rico’s newspaper El Nuevo Dia several years ago, and how she was moved by the correspondence. She felt deeply honored to be able to speak about the Letters to Karina, and composed an original piece of prose, for the event. (Ed. note- in Spanish, below the article)

Martin Espada, also in town to promote his new book, “Vivas to Those Who Have Failed”, spoke movingly of his father, famous civil rights photographer Frank Espada, and growing up in Brooklyn. He referenced it as he spoke about Chicago, saying, he felt that he had come home as the gigantic Puerto Rican flags came into view as he was arriving for the reading. “I’m from Brooklyn, and proud of it- but there is no place like Chicago for Puerto Ricans.” He ended by saying, “Years from now, I want by grandchildren to know, in this moment- such an important moment for the Campaign- that I stood with Oscar- like all of you stand with Oscar.”

In Chicago, the book is available for $15.00 at 2546 W. Division St. It’s also available online at:
Cartas a Karina by Oscar López Rivera 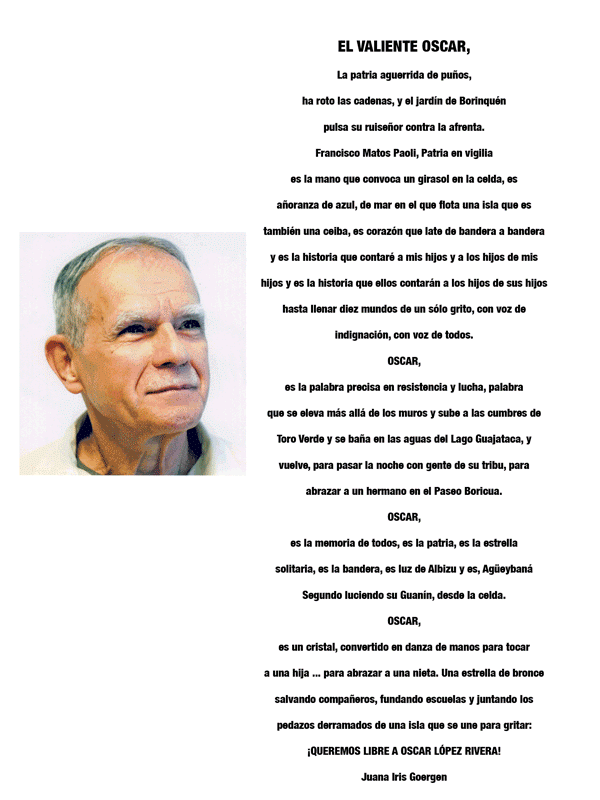