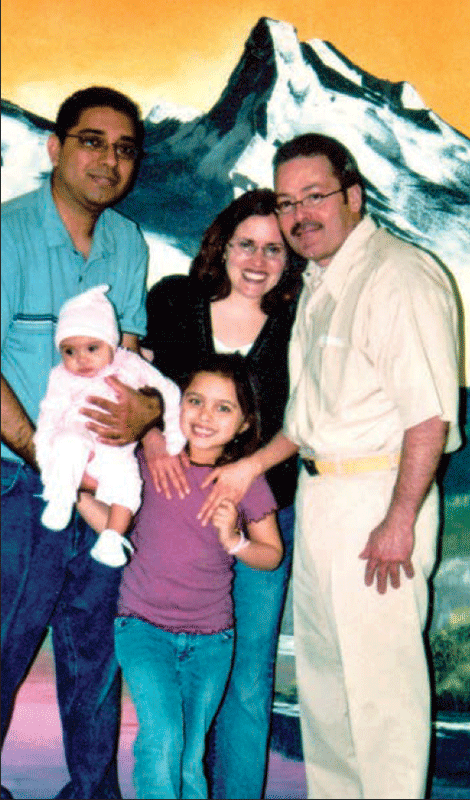 Two generations: Memories of a Niece

For 26 years, I have been visiting my uncle, Carlos Alberto Torres, in prison, and his strength, dedication, intelligence, and creativity continue to inspire me. I admire how he has truly known how to live in spite of his imprisonment and continue to be a strong-spirited human being, one who is caring and constantly busy challenging his mind. His ability to create is exemplified in his artwork.

I was eight years old when my uncle was arrested, along with my aunt Haydée. From that day on my life was changed. I started to see the world very differently as I learned about the United States history of control over Puerto Rico. I knew that Vieques was used as a war games training camp and that bombs were used even though people lived there. I remember the mysterious death of Angel Rodríguez Cristobal during his brief imprisonment for resisting the military actions in Vieques. I knew that my uncle was not the criminal portrayed by the media but was in prison for defending against the injustices done in Puerto Rico.

As a child, I remember feeling it was difficult to share my experiences at school and the way I viewed the world. Our family directly experienced what it was like to have a grandmother in prison in sensory deprivation, to have my uncle put in segregation for no reason, and prison visits in which we would be reprimanded for hugging. I learned that the myth that these injustices didn’t occur in the US was just that — a myth. These experiences taught me to question and not just assume that things are the way they appear to be because it is the idea that is widely accepted or conveyed by the mainstream media.

Facing constant repression at a young age, I also learned to hold in my feelings, be strong and not shed a tear even though many of our experiences were painful, scary, and infuriating. Our family and friends have been persecuted, followed, and harassed. I can vividly recall the sadness and tightening of my chest when I saw my grandmother in the courtroom after her arrest. And to this day it still breaks my heart to leave my uncle after a visit. Even at home, it was natural to expect that our telephone conversations were tapped. It wasn’t easy to be expressive, as it felt like our thoughts and feelings were held, hostage. It wasn’t until adulthood that the effects of this repression became easier to manage.

Part of what helped us persevere through all of this was the reminder that injustice existed and a profound sense of hope to try and change this oppressive situation. Our typical evenings and weekends consisted of attending meetings, protests, leafleting or visiting family in prison. Over time, we learned to tune out the metal detectors, cameras and guards watching and listening, and automatically tune in with each other and take advantage of each second we could share together.

Our family unity grew, much of it due to the strength and conviction of my grandfather, Jos. Alberto ‘Viejo’ Torres. I was fortunate to be part of many of my grandfather’s visits in his later years to see my uncle. Any chance he got, he’d be the first one in the front seat ready to see his son. He’d say, “I’ll go anytime someone wants to take me.” When I’d look at my grandfather, I would see his pain at seeing his son in prison, but I also saw and admired his strength and resolution to hope.

Just after my grandfather passed away, on the other side of a full, noisy, visiting room, my aunts told my uncle that his dad was no longer physically with us.

Now two generations in my family have grown up with my uncle in prison. After many years he got to meet his only daughter again, who he had last seen before his arrest. Recently, he was unable to meet his second, granddaughter, one-year-old who had traveled more than seven hours with family, due to a sudden lockdown at the prison. After two years of being in prison, my uncle met my younger sister Noemi, and sixteen years later had to hear the news of her death, due to a drunk driver, over the phone. He has met my husband as well as my two daughters while in prison.

My uncle has missed many of the highlights of our life. Only weeks ago, my brother was married, and Uncle Berti was unable to attend. Maybe my six-year-old daughter conveyed it best “I don’t like Uncle Berti’s house. I wish he’d move to another one closer where more people can visit and we can do more things together.” It is obvious that his continued imprisonment is unjust and is due to his political convictions. It’s been too long for us — his family and for his community. It’s time to bring him home.