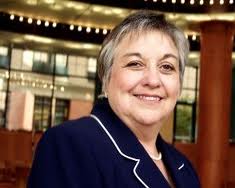 Recently, I and my colleagues were privileged to meet Oscar Lopez Rivera. Spending time with him at a federal prison in Terre Haute, Indiana confirmed what I had heard; he is a person of integrity with a gentle spirit who is committed to justice. He shared some of his story and it became even clearer to me that Oscar Lopez Rivera had dedicated himself to improving life in his community before he was accused, found guilty of crimes by association and incarcerated 31 years ago.
At the age of 12, Oscar Lopez Rivera came with his family to the United States from his beloved Puerto Rico. He claims his heritage with distinction, a model needed by many young people needing strong family ties. His priority was to get a good education because he believes education opens doors to opportunity. He helped to found the Pedro Albizu Campos Alternative High School in the heart of Chicago’s Puerto Rican community.
Oscar Lopez Rivera served in the U.S. Armed Forces in Vietnam. He described a scene where U.S. planes were spraying Agent Orange across the plush forests of a once beautiful landscape. Many years later the dangerous impact of chemical warfare on our soldiers and thousands of Vietnamese people were made public. Following his service to country, Oscar was a counselor for the U.S. Department of Veteran’s Affairs working with those experiencing the emotional effects of the tragic aftermath of war.

Oscar Lopez Rivera was dedicated to community. While he worked as a community organizer in Chicago seeking to improve living conditions for Latinos, Oscar did not limit himself to Latinos. He spoke about forming community coalitions of various racial/ethnic backgrounds to improve working conditions and adequate housing for all. He shared how potential race and class divisions were overcome by people making decisions for themselves through nonviolent means.

Oscar Lopez Rivera believes in self-determination. He was active in the PR Independence Movement. He actively provided education on the history of colonization of his homeland of Puerto Rico, the longest held colony in world history. He encouraged people to get involved in social change through democratic processes as a civic responsibility. However, he was suspected and arrested because of his affiliation with individuals seeking the same end through violent means, behavior that he had no control over. During our visit, he reaffirmed his position on violence, “I have not and do not condone intentional injury to any human being.”

Oscar Lopez Rivera was not accused or convicted of causing harm or taking a human life. However, he was given a 70 year sentence for seditious conspiracy, the same crime for which Nelson Mandela served 27 years. Oscar has maintained an impeccable disciplinary record during his 31 years of incarceration. He presents absolutely no risk to the community in his release, and based on his history he will offer a positive contribution to society.

Add your voice to the international movement of civic, religious, political and community leaders who support his release. Write to *President Obama and request presidential commutation or parole, and join the coalition.