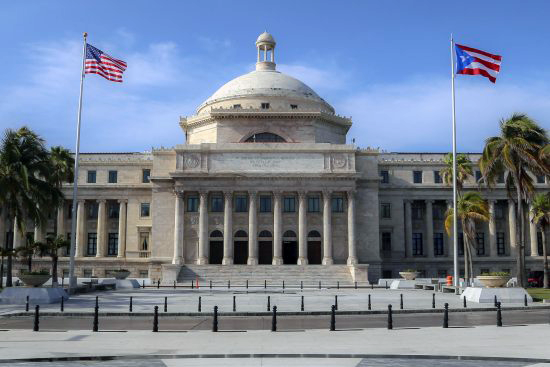 “Prohibido olvidar” (You are not allowed to forget) is the title of a popular tropical song that has served as a “motto” to those sectors that continually resist the fiscal policies of the current government administration in Puerto Rico. A group of university students made sure that this phrase remains the norm a year after one of the most violent confrontation between them and the police.

Students, activists and artists gathered at the Plaza de Colón in Old San Juan on Thursday to commemorate the first anniversary of one of the most violent events related to the prolonged 2010 student strike at the University of Puerto Rico.

Last year, students from the premier center of higher education on the island walked to the Capitol to demand from the legislature a solution to the conflict. The state police responded to their claims with punches, pepper gas and denied the access to the public legislative session.

The anniversary held on Thursday was characterized by musical performances, improvised paintings and speeches from student leaders and other political representatives.

“What happened last year is emblematic of our country’s situation and what the government does to repress certain sectors such as students and workers. People are not satisfied with what is going on in the country, from murders, budget cuts and the sense of impotence that is perceived by the population,” said former Puerto Rican political prisoner Elizam Escobar.

Thursday’s rally in San Juan was not exempt of controversies. Three state police officers approached the organizers and asked them to use a designated area for rallies. According to Captain Salva, the activists did not have the appropriate permits from the San Juan municipal government. Although he claimed to not have received any official complaints from the municipality, Salva still expressed that the participants were interrupting some gardening works that were being performed by city workers.
Despite the fact their event was confined to the plaza and did not interrupt other unrelated activities, the demonstrators did not complain and decided to move most of their planned performances to Plaza de Colón’s upper level where the police argued that it was legal to protest.

The rally was also used to make other demands. Escobar, one of the organizers of the event, also used the event as a forum to campaign in favor of Oscar López’s liberation. López is one of the remaining Puerto Rican political prisoners from the island who is currently serving a sentence in a U.S. prison.

“Everything is connected. The campaign in favor of Oscar’s liberation is part of this (event). He organized communities in Chicago and encouraged people to fight for their rights. When he saw that such a movement did not work, Oscar decided to fight clandestinely and joined Puerto Rico’s Popular Army of Liberation,” said Escobar.

López was accused by the U.S. federal government of seditious activities and an interest to overthrow the American colonial government in Puerto Rico through violent means while he was a member of the revolutionary group “Los Macheteros.” He has been in jail for more than 30 years.

On behalf of the Puerto Rican independence movement, as well as on behalf of my brother, Oscar López Rivera...
Latino Agenda

A Call to Reflection; A Call to Action: 1998- A Praxis on Colonialism