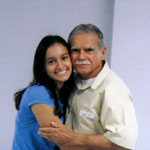 Today, on the eve of the 30th anniversary of the arrest of Puerto Rican political prisoner Oscar López Rivera, the U.S. Parole Commission issued a decision denying his petition to reconsider the February 18 ruling denying parole. The Commission justified its decision by assigning him responsibility for conduct he was never accused or convicted of.

The decision, erroneously asserting that his release would promote disrespect for the law, ignores the express will of the Puerto Rican people and those who believe in justice and human rights, counting tens of thousands of voices across the political spectrum supporting his immediate release. The Commission ignored the evidence establishing that Oscar met all the criteria for parole, and also ignored its own rules in the process.

The Commission did not ignore President Clinton’s determination in 1999 that Oscar’s sentence was disproportionately lengthy and that Oscar should be released in September of 2009. Instead, it held “the Commission is not required to share that assessment.” However, the Commission did ignore that Oscar’s co-defendants released as a result of the 1999 Clinton clemency are productive, law-abiding citizens, fully integrated into civil society. The Commission also ignored its own July 2010 order to release Oscar’s last remaining imprisoned co-defendant Carlos Alberto Torres.

The White House has recently proposed to initiate a process of to resolve the status of Puerto Rico. A true process of self-determination under international law would be accompanied by the release of political prisoners. The Commission’s adverse decision is at odds with such an undertaking.

The United States government consistently demands that other governments, in order to establish their democratic credentials, release political prisoners in their custody. The Commission’s adverse decision today demonstrates conduct inconsistent with what the U.S. demands of other governments.

Oscar, his family, his attorney, National Boricua Human Rights Network in the U.S. and the Comité Pro Derechos Humanos in Puerto Rico want to express our deepest gratitude for the vast support for his release. We will count on ongoing support as we continue to press for Oscar’s release.