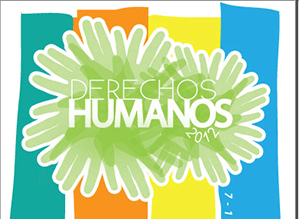 San Juan- Renowned international specialists in Human Rights will meet in San Juan from December 7 to 10, 2012, in the Summit on Human Rights, in the Emilio S. Belaval Theater of the Universidad del Sagrado Corazón [Sacred Heart University], in Santurce. The Summit is aimed at familiarizing the public with the current Human Rights situation in the world and in Puerto Rico, and pointing out the intimate relationship between the topic and the case of Puerto Rican political prisoner Oscar López Rivera. This year commemorates the 64th anniversary of the approval of the Universal Declaration of Human Rights by the General Assembly of the United Nations in 1948. A group of Chicago activists, led by José E. López, Executive Director of the Puerto Rican Cultural Center and brother of Oscar, will be traveling to Chicago to support this effort. Prof. López will also be part of a panel, along with Chicago Attorney Jan Susler presenting on Oscar’s case.

Among the participants in the Summit on Human Rights are Monsignor Desmond Tutu, Nobel Peace Prize Laureate, former senator Piedad Córdova Díaz, of the Movimiento Marcha Patriótica and of Colombians for Peace; sociology professor Ms. Riham Barghouti, co-founder of Adalah-NY (Justice-NY), and attorney Lamis J. Deek of Al-Awda-NY (Return-NY), both involved in defending the human rights of Palestinians and the Arab community. Bishop Federico José Pagura, Bishop Emeritus of the Evangelical Methodist Church of Argentina, founder of that country’s Human Rights Movement and co-president of the World Council of Churches, who will give the keynote address on the Situation of Human Rights in Latin America.

Francis A. Boyle, renowned constitutionalist, professor of international law and expert on human rights, will present at the Summit, as will U.S. attorneys Soffiyah Elijah, director of the Criminal Justice Clinic at the Harvard School of Law, attorney Alexander Abder, and Jan Susler and Michael Deutsch of the People’s Law Office in Chicago.
U.S. Congressional Representative Luis Gutiérrez, the Archbishop of San Juan Roberto González Nieves and maestro Antonio Martorell are some of the Puerto Rican presenters, as well as former political prisoners Alejandrina Torres and Carlos Alberto Torres, mother and son, who will offer testimony about the abusive conditions, isolation and physical and emotional torture in prison.

The organizers of the Summit, which will be held at the Emilio S. Belaval Theater at the Universidad del Sagrado Corazón [Sacred Heart University], are the Human Rights Committee of Puerto Rico, the Puerto Rico Bar Association, the Nilita Vientós Gastón Foundation, and the Universidad del Sagrado Corazón, in collaboration with other organizations in Puerto Rico, New York and Chicago. The event is dedicated to attorney Juan Santiago Nieves, unconditional defender of Human Rights, who recently passed away; and to Oscar López Rivera, Puerto Rican political prisoner who has been held for more than 31 years in U.S. prisons.

Participants at the Summit will hear a videotaped greeting from Mairead Corrigan Maguire, who won the Nobel Peace Prize in 1976.

“The Summit on Human Rights is an ambitious effort covering the widest discussion and diffusion of the current state of human rights in the world and in our Country,” said Dr. Luis Nieves Falcón, president of the Nilita Vientós Foundation and activist in the campaign for the release of the Puerto Rican political prisoners. “It is conceived in the principle articulated by compañero Oscar that every effort for his release should be framed in a context and process which educates for the freedom of the Homeland and in order to achieve social justice.”

The Picture of Happiness!

Avelino González Claudio, released to a halfway home in the San Juan area last Thursday, with his son, Juan...
The August 30th 1985 arrests

Avelino González Claudio was greeted by dozens of supporters Thursday, Dec 6th, as he arrived home to finish serving...
The August 30th 1985 arrests