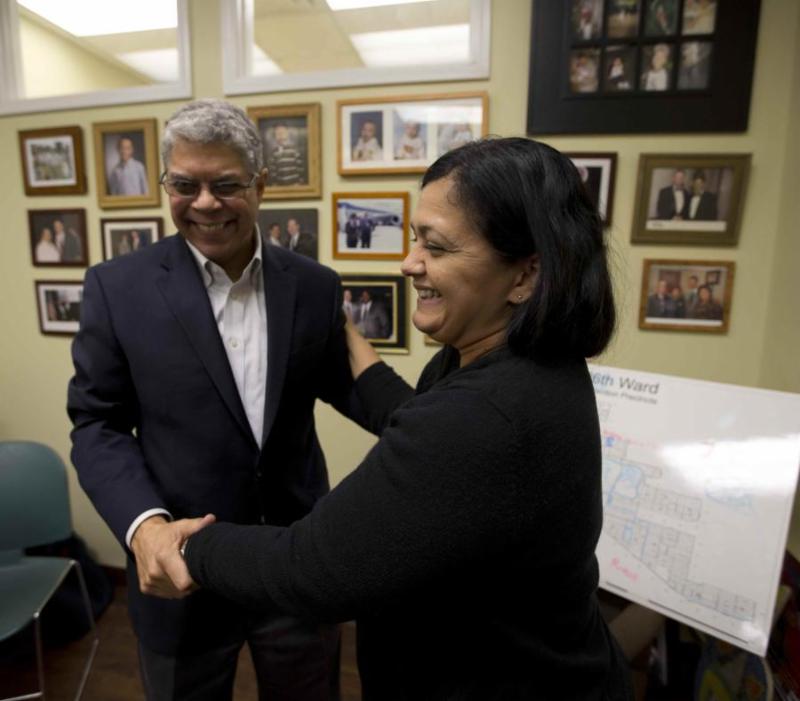 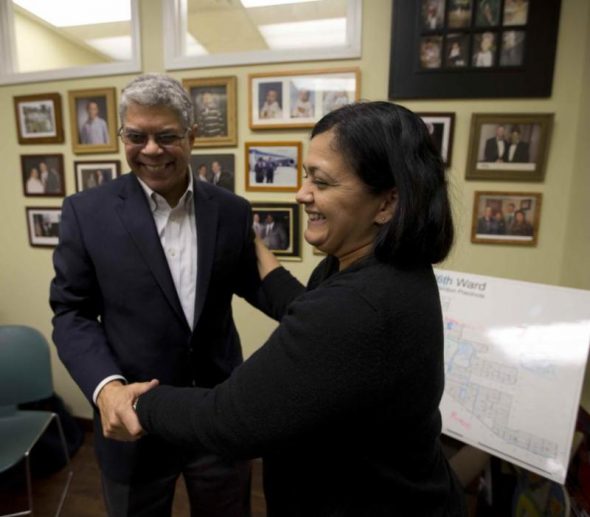 On Wed. Feb 22, 2017 the full City Council of Chicago voted on a resolution, introduced by Ald. Roberto Maldonado, recognizing Puerto Rican Patriot Oscar López Rivera with an honorary street in Humboldt Park. Only 9 aldermen representing wards heavily populated by police officers voted against the resolution. The sad exception was Ald. Waguespack and Ald. Sposato who tried to portray themselves as part of the progressive wing of the Council. Ald. Maldonado, who worked the floor along with 1st Ward Ald. Joe “Proco” Moreno, provided his colleagues with information about Oscar and made the following statement available: “Thank you Mr. President for your unwavering support and for allowing me to speak on the historical and future importance of this Honorary Street Sign for Oscar López Rivera. Let me briefly explain the real story behind the controversial name, Oscar López Rivera. Oscar was a decorated veteran of the Vietnam War.
When he returned from Vietnam, he became a highly respected community organizer in Chicago – much like President Obama – and he passionately fought for the rights of Latino and Black Chicagoans. He also helped to create several community organizations in the Puerto Rican community, which, to this day, continue to provide services for those in need. Oscar is a true idealist. He believes in the independence of Puerto Rico and is deeply committed to this cause. In 1981, Oscar was sentenced to 55 years in prison for “seditious conspiracy” – the same charge used to imprison Nelson Mandela. Oscar was never convicted of doing bodily harm to anyone, yet he served 35 years in prison, longer than anyone has ever served for this charge. He was fighting for a political ideal but he never committed a violent act. President Obama’s commutation of Oscar’s sentence reflects the wishes of thousands of supporters of his release. Many prominent national and international leaders understand that Oscar was convicted based on his political beliefs and know that he has served the longest prison sentence ever for “guilt by association.”
Oscar’s supporters include Pope Francis, Nobel Peace Prize Laureates President Jimmy Carter and Archbishop Desmond Tutu, as well as U.S. Senator Bernie Sanders and “Hamilton” writer and actor Lin-Manuel Miranda, who said he was “sobbing with gratitude” about the news of Oscar’s release. In addition to these supporters, I have provided a comprehensive list of everyone who advocated for Oscar’s release which you will find on your desk. Please take a moment to review, because these organizations, elected officials, local, national, and international leaders offered their support of Oscar with deep gravity and great sincerity. Honorary Street Signs are historical markers. We may not agree with the story behind the name or understand the history. But, hopefully, these street signs will spark our curiosity and inspire us to learn. And, it is important that future generations know the history of how their community was built and who stood up for their ideals in the face of personal sacrifice.”