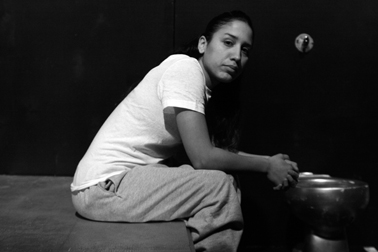 Imagine 27 years of your life living in a space 6 feet by 9 feet. Imagine being confined in isolation with no human contact. Imagine the shakedowns, the strip searches and the complete disregard for your humanity. Crime Against Humanity is a play based on the real life experiences of fourteen Puerto Rican political prisoners who spent more than two decades in prisons for seditious conspiracy—two of whom are still incarcerated. Crime Against Humanity brings us into the U.S. prison system in a way no other play has, focusing on the politically motivated use of isolation, selective punishment, sensory deprivation and disproportionate sentences.

Written by poet and activist Michael Anthony Reyes Benavides and former Puerto Rican political prisoner Luis Rosa, the play confronts the physical and mental torture these prisoners endured for more than 27 years. We gaze into their cell and experience the loss of parents, the transition of children into adulthood and feel the physical brutality and torture of a government out to make an example of them. We see them as they refuse to be victimized and objectified, confronting their hardships and adversities while maintaining their dignity, and upholding their humanity. 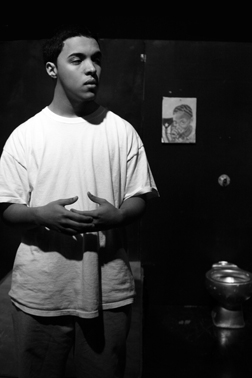 Crime Against Humanity is produced by the National Boricua Human Rights Network and Batey Urbano. These two organizations hope to use this performance piece to raise consciousness and gain support for the campaign to free the remaining Puerto Rican political prisoners.

“By using theater as a tool of resistance, we hope to reach out to those sectors that are often ignored by traditional activist outreach. We want our families, our brothers and sisters and our community to come out and see what these prisoners endured, many of them for almost 20 years, two of them for more than 27” (author and director Reyes Benavides).

Crime Against Humanity will run from March 3rd, 2008 through March 3rd, 2009 as a part of the Puerto Rican Cultural Center’s”100 x 35″ campaign. This campaign will be celebrating the centennial of the birth of Puerto Rican national hero and poet Juan Antonio Corretjer and the 35th year of the founding of the Chicago-based Juan Antonio Corretjer Puerto Rican Cultural Center. As part of this celebration a national tour of the play will make stops in several U.S. cities: New York, Philadelphia, Cleveland, Hartford, Washington D.C., Boston, San Francisco, and Los Angeles. The production has plans to tour throughout Puerto Rico in the future as well.

August 22, 2020
Previous articleWrite to the Political Prisoners
Next articleThe subpoena of three Puerto Rican activists were postponed a second time