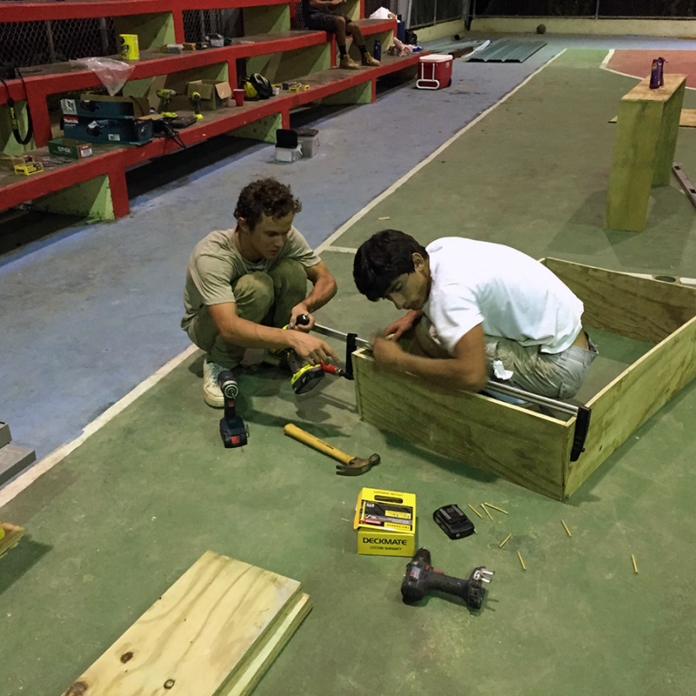 LOÍZA: During the past 2 years Oscar has been involved with 3 different community projects in 3 different communities in Loíza since he heard that it had the largest youth population in Puerto Rico. Villa Cañona’s community organization board told him the community needed funds to convert a donated building into an entrepreneurial space, for a community cafeteria. When the building was badly damaged by Hurricane María, which also ravaged the community Chicago’s Puerto Rican Agenda donated $5,000. Oscar organized a small brigade to help with the cleanup and surveyed the community, focusing on the young people, on people with serious medical problems, and on the number of houses needing repair. Once again, Chicago’s Puerto Rican Agenda sent a $3,000 donation. During Oscar’s visits to Villa Cañona with Cong. Luis Gutiérrez and the mayor of Loíza, the residents were very grateful for the support.

In Las Carreras, the president of the community told Oscar what was needed most was a place to meet and work. Soon after, Chicago’s Puerto Rican Agenda connected with Frank Flury, an architecture professor at Illinois Institute of Technology, who was interested in constructing structures beneficial to communities. Oscar took him to Las Carreras and introduced him to the community, who welcomed the idea. From June to August 2018, the architect and ten students constructed a small multipurpose structure, around which the community organization organized a cleanup and mural-painting campaign.

By the time the structure was completed, the whole community looked transformed, especially because of the beautiful murals. The community celebrated with a farewell party for the architect and his students. This particular experience clearly illustrates the potential to help communities organize themselves and transform Loíza.
The third community, Las Cuevas, had chosen a site for a small school, to provide access to computers, technology and mentoring to young people. Oscar took Professor Flury to meet the president of the community to explore possibilities. As Flury and his students worked to construct the school, a wonderful relationship was forged with the community, which is very happy with the project.