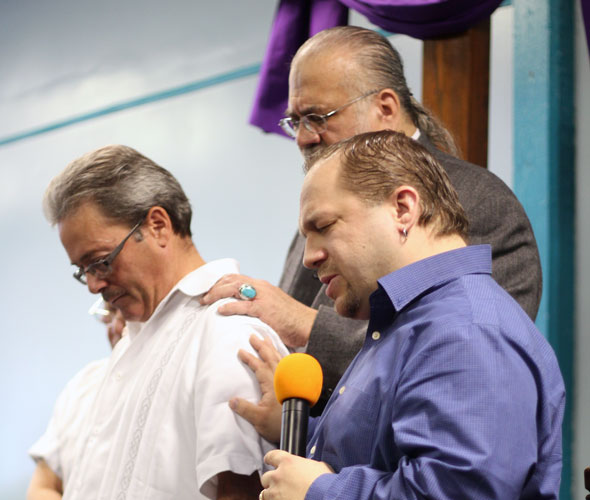 CALL TO A SEASON OF PRAYER FOR OSCAR LÓPEZ RIVERA

The National Boricua Human Rights Network, the Interfaith Prisoners of Conscience Project, and the
Comité Pro-Derechos Humanos (Human Rights Committee) of Puerto Rico join in initiating this Call to a
Season of Prayer, which is also co-sponsored by La Capilla del Barrio, the Council for Hispanic
Ministries of the Reformed Church in America, Denison Avenue United Church of Christ, and the Puerto
Rican Alliance Los Angeles.*
On May 29, 2011, Puerto Rican political prisoner Oscar López Rivera will have served 30 years in prison.
He is one of the longest-held political prisoners in the history of the Americas. Dozens of prominent
leaders, celebrities, elected officials, religious denominations, unions, political organizations, and
thousands of citizens from across the religious and political spectrum, have expressed their support for his
release. Download the bilingual call here.