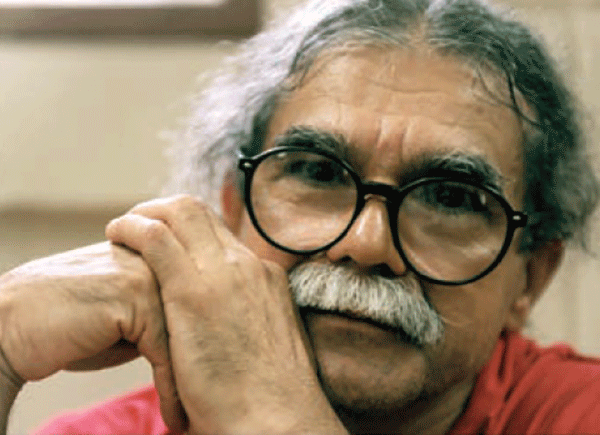 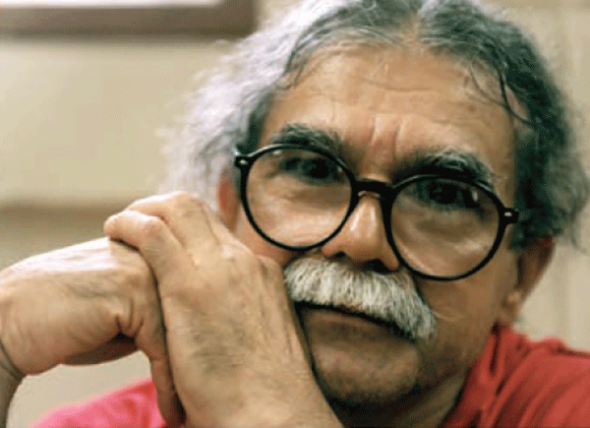 Oscar was born on January 6, 1943, in San Sebastián, Puerto Rico and moved to Chicago at age 14. Drafted into the U.S. Army to fight in Vietnam, he received the Bronze Star. Returning to Chicago, he began to internalize the problems of racism and discrimination confronted by minorities and joined in struggles to improve the quality of life in our communities, including organizing and founding educational and cultural institutions. He soon understood that self-determination and independence were the road to freedom, and his commitment led him to clandestinity in 1976. In 1981 he was arrested and accused of seditious conspiracy and membership in the Armed Forces of National Liberation (FALN). Serving a sentence of 70 years, he spent 12 years in total isolation. Through his writings and his artwork, Oscar has strengthened his ties to the community and the independence movement. He has maintained his dignity and integrity in the face of difficult conditions which were calculated to break his spirit. In 1999, president Bill Clinton offered to commute his sentence if he agreed to serve an additional ten years of prison. He refused and will not be released until 2027. He has already served 26 long years. He is the father of Clarisa López and the grandfather of Karina.

When I decided to start painting, I was not thinking of art as much as I was thinking of the effects sensory deprivation would have on me after a prolonged stay at USP Marion. I realized I needed to use colors in order to counter the effects of being locked down in a 6’ by 9’ cell, 23 hours per day, without access to fresh air, natural light, and the colors found in nature. Only once a week was I allowed to go to the yard for a period of two hours and see a few of nature’s wonders. In the summer of 1990, after I realized the jailers had no intention of transferring me out of Marion, I talked with a prisoner who had previously offered to teach me how to paint. He responded very positively to my request and helped me make out the order to purchase the basic materials I needed to start painting. The very first day I was given the materials and after the prisoner had given the first lesson, the jailers transferred him to another unit. The move was a surprise to us both.  I had the painting materials but did not know what to do with it. I took it as a challenge and started practicing on a daily basis, reading all the art material I could get my hands on and watching any how-to-paint program offered on TV. Eleven months after I had started this routine, the jailers declared the use of paints to be contraband and I was forced to send the materials I had home. From that moment on, we could only use coloring pencils and pastels. I began to use pastels, and for the next eight years, it was the only medium I used. In 1998, I was transferred to USP Terre Haute. I was excited thinking I was going to be able to experiment with oil paints, and that I was going to be allowed to paint without any hassles. But when I tried to buy oil paints, I was told I could not have access to any medium needed for oil painting. Later on, I found out that at least six prisoners were being allowed to paint with oils. I started painting with acrylics. The only place I could paint was in the cell – a 6’ by 9’ space I had to share with another prisoner. No sooner had I started painting when the harassment by some jailers began. During the six years I have been here, I am the only prisoner whose painting materials have been confiscated twice. The last time the paints were placed in an unheated area and when they were given back to me mostly all had been damaged. So besides experiencing the harassment and not being able to paint for months, I also had to deal with the extra expense. Paints are not very cheap.  During the fourteen years I have been painting I have learned to appreciate and respect art. During the years I spent in Marion and ADX, painting helped me to relax and transcend the hostile and dehumanizing environment of the walls and the razor wire. It also helped me to look at the world differently and to pay attention to things I took for granted before, for example, finding a green blade of grass in the winter or spotting butterflies, grasshoppers or a deer in the spring or summer. And for the short moment, I could spend watching them, trying to figure out their forms, colors, and tones. The challenge was to make those things part of whatever I was painting. I do not consider myself an artist. The only art class I have taken was in high school. The art teacher required the students to paint with watercolors. But I did not have the money to buy paints. I did the work with charcoal and some of the students liked what I did. But the teacher was not satisfied and suggested I not take the class the next semester. At the moment I thought art was something only people who could afford it did. It was like tennis — a game that only the privileged played. Prison has taught me differently. Unfortunately, when I was 14 years old I did not have the experience I had when I came to prison.