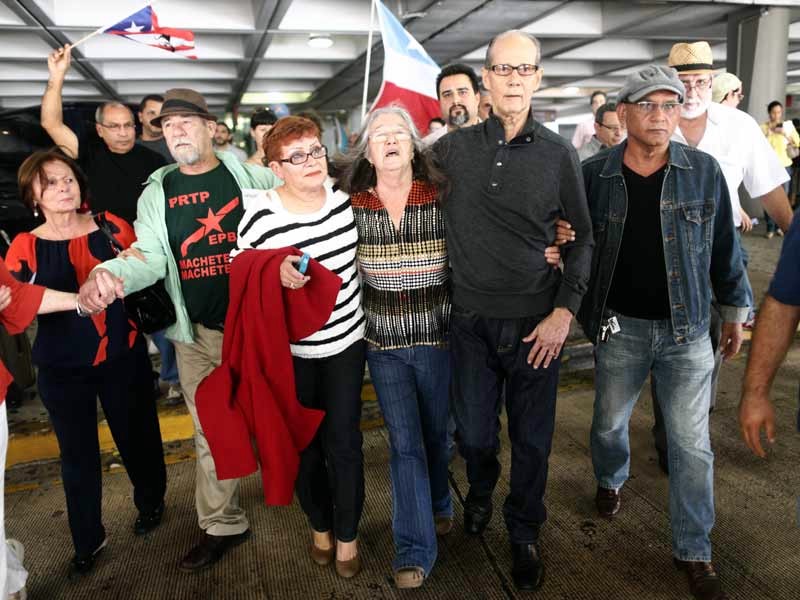 Avelino González Claudio was greeted by dozens of supporters Thursday, Dec 6th, as he arrived home to finish serving a prison sentence.

Avelino eluded the FBI for more than two decades before he was arrested in Puerto Rico in 2008 for involvement in a $7 million robbery of a Wells Fargo & Co. armored truck depot in Connecticut in 1983. At the time, It was the biggest cash robbery in U.S. history.

Gonzalez was sentenced in 2010 to seven years in prison, and spent most of the past two years at a federal prison in Ashland, Kentucky. Prison spokesman Brian Sparks said in a phone interview that Gonzalez was cleared for placement in a residential re-entry center in Puerto Rico to help integrate him back into society.

As Gonzalez emerged from the main international airport in San Juan, supporters applauded and shouted, “Homeland or Death!” and “Free Puerto Rico!” while furiously waving the island’s red, white and blue flag.
Gonzalez, who is nearly 70, hugged a few supporters but did not speak to anyone as ordered by authorities. Family members took him to the re-entry center in the San Juan area.