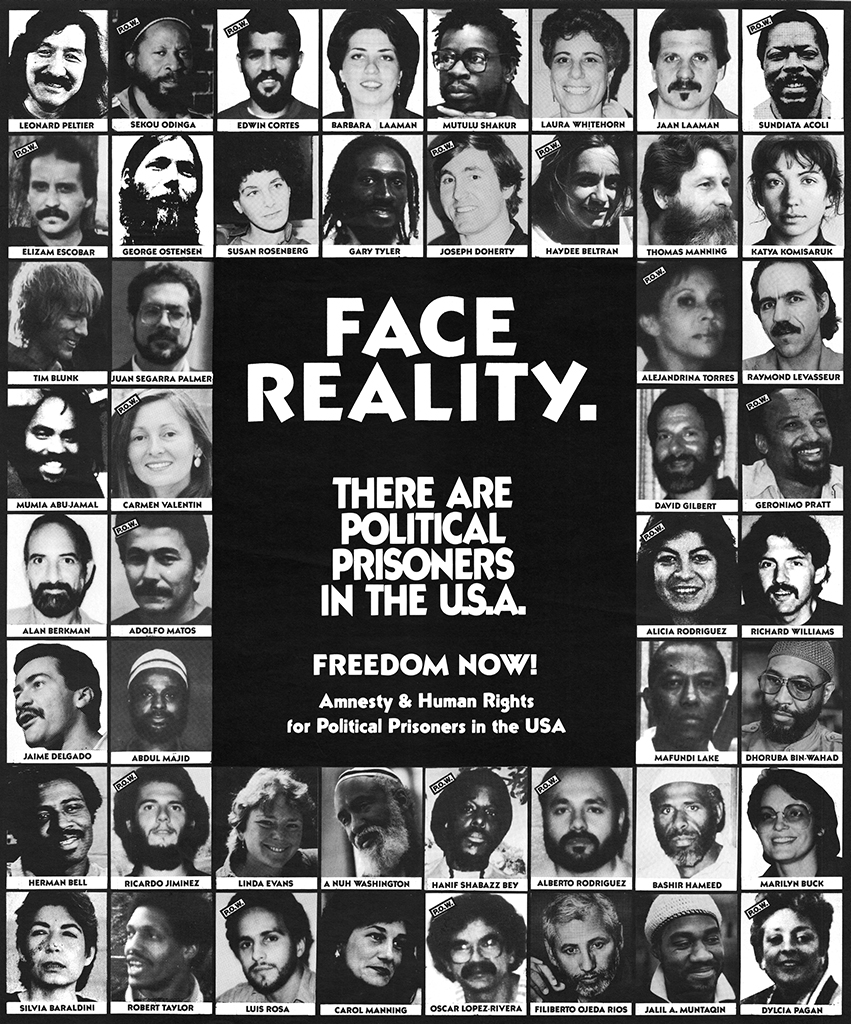 The below blurb was written for the forthcoming book, tentatively titled, Finding the Struggle: Radical Movements in the Neoliberal United States, 1970-2001, to be published by the University of Georgia Press. It is largely a compilation of primary documents, together with a handful of newly written “snapshots,” or short profiles of major events or themes. By chronicling grassroots radicalisms during the 1970s through the early 2000s, my hope is that the book will be of use to students, teachers, and organizers trying to figure out our own times.

Thanks to the vision and organizing focus of Puerto Rican sociologist, lawyer, and activist Dr. Luis Nieves Falcón, a coalition of Black, Native American, Mexican, and Puerto Rican organizations developed three international tribunals in the early 1990s. These tribunals aimed to strengthen solidarity among antiracist and anticolonial organizations in the US and to place them within the framework of international human rights.

The initial effort was the Special International Tribunal on the Human Rights Violations of Political Prisoners and Prisoners of War in the United States, held in Hunter College during December 1990. More than 88 organizations across the US dissident spectrum, from pacifist Catholics to groups that explicitly defined themselves as national liberation movements, worked together for over a year to produce an internationally recognized public forum. Organizers modeled the event on two tribunals earlier organized by British philosopher and activist Bertrand Russell, the first of which brought to light US war crimes against the people of Vietnam. The 1990 tribunal highlighted the human rights abuses visited upon more than 100 “political prisoners and prisoners of war” in the United States. These people, all members of movements that had been targeted and repressed by the FBI’s Counter Intelligence Program, faced unduly harsh sentences even as the US government denied the political nature of their incarceration and many progressive activists gave them little support. The following two tribunals, in 1992 and 1993, addressed issues of settler colonialism and Hawai’ian sovereignty.

Each of the Tribunals worked with renowned human rights attorneys and presented a bill of charges against the US government. Yet the success of the Tribunal strategy was not juridical. Rather, success was found through the collective decision to make the Tribunal organizing process a struggle against the isolation and criminalization of movements, and by extension, of political prisoners. To this end, international jurists from over 27 countries listened to dozens of expert witnesses—activists, academics, family members, clergy, movement leaders—testify about their experiences of state repression.

The Tribunals were anchored by volunteers from different movements with a history of organizing and defense of political prisoners. Prisoner defense campaigns, attorneys, and prisoners stood at the center of these tribunals: The first tribunal focused on political repression while the subsequent ones used the existence of political prisoners as one example of US internal colonialism.  Crucial leadership was also extended by national liberation movement organizations such as the American Indian Movement, New Afrikan Peoples Organization, Movimiento de Liberación Nacional Mexicano and Movimiento de Liberación Nacional Puertorriqueño, and by solidarity organizations such as the National Committee to Free Puerto Rican Political Prisoners and Prisoners of War, the Prairie Fire Organizing Committee, the May 19th Communist Organization, the John Brown Anti-Klan Organizing Committee. The support of anti-war and Christian left organizations, ranging from the National Council of Churches to the War Resisters League, expanded the Tribunals’ base of support.

Each of the three tribunals built on the success of the previous one. Activist and historian Dr. Richard Kekuni Blaisdell testified at the San Francisco Tribunal in 1992, and the organization he led, the Pro-Kanaka Maoli Sovereignty Working Group, then helped convene the Ka Ho‘okolokolonui K?naka Maoli Tribunal in 1993 to elevate the issue of Hawaiian sovereignty. The 1992 tribunal used the occasion of the Columbian Quincentennial, and the 1993 effort marked the 100th anniversary of the overthrow of Hawai’i’s Queen Liliuokalani. The nine-day Hawai’i tribunal visited each of the islands taken between the United States’ so-called annexation of Hawai’i on August 12, 1898, and the proclamation of Hawaiian statehood on August 21, 1959, to center an indigenous claim for sovereignty against the US on an international stage.

The Tribunals of 1990 through 1993 contributed to a heightened consciousness about US political prisoners, both within the communities they came from and broader US civil society. They helped to build the capacity and reach of their organizational members and to build towards gains such as the 1998 National Jericho March to Free All Political Prisoners, which gave birth to the ongoing Jericho Amnesty Movement. The tribunals were particularly meaningful for the Puerto Rican independence movement, which built on their work to achieve several gains, including the release of eleven Puerto Rican political prisoners in 1999; the ouster of the US Navy from Vieques in 2003 (following another tribunal in 2001); freedom for Puerto Rican political prisoner Carlos Alberto Torres in 2010; and the 2017 commutation of the sentence of Oscar López Rivera, long considered the “Mandela of the Americas.”