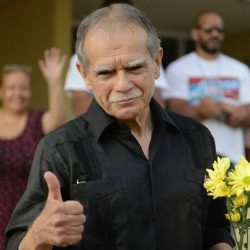 SAN JUAN, Puerto Rico –  Puerto Rico nationalist Oscar Lopez Rivera was freed from house arrest Wednesday after decades in custody in a case that transformed him into a martyr with supporters but outraged those who lost loved ones in a string of deadly bombings. Wearing a black shirt and jeans, the 74-year-old grinned broadly and waved to supporters through a fence at his daughter’s San Juan home before getting

Tuesday, January 5, 2016 By Jessica Rá­os Viner http://www.elnuevodia.com/noticias/locales/nota/candidatosalagobernacionseunenenreclamoaobama-2147124/ Producer Tito Román Rivera emphasized that all the candidates were willing to take part in the video and had no qualms with the proposed message (Archive / GFR Media) Gubernatorial candidates for the various political parties in Puerto Rico, as well as the independent candidates, united to call on the president of the United States, Barack Obama, to release political prisoner 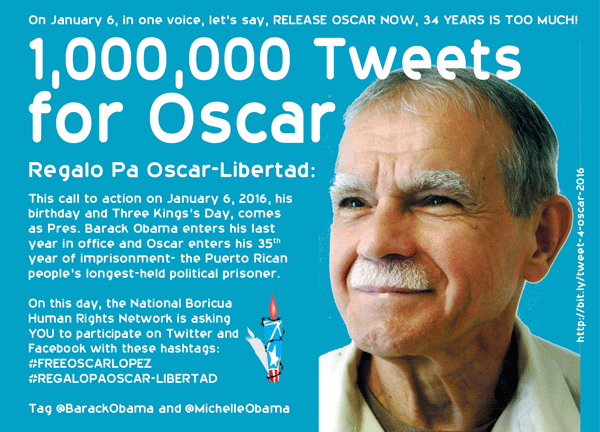 Regalo Pa Oscar-Libertad: This call to action on January 6th, 2016, his birthday and Three Kings’s Day, comes as President Barack Obama enters his last year in office and Oscar enters his 35th year of imprisonment- the Puerto Rican people’s longest-held political prisoner. On this day, the National Boricua Human Rights Network is asking YOU to participate on Twitter and Facebook with these hashtags: #freeoscarlopez #regalopaOscar-libertad Tag @BarackObama and @MichelleObama 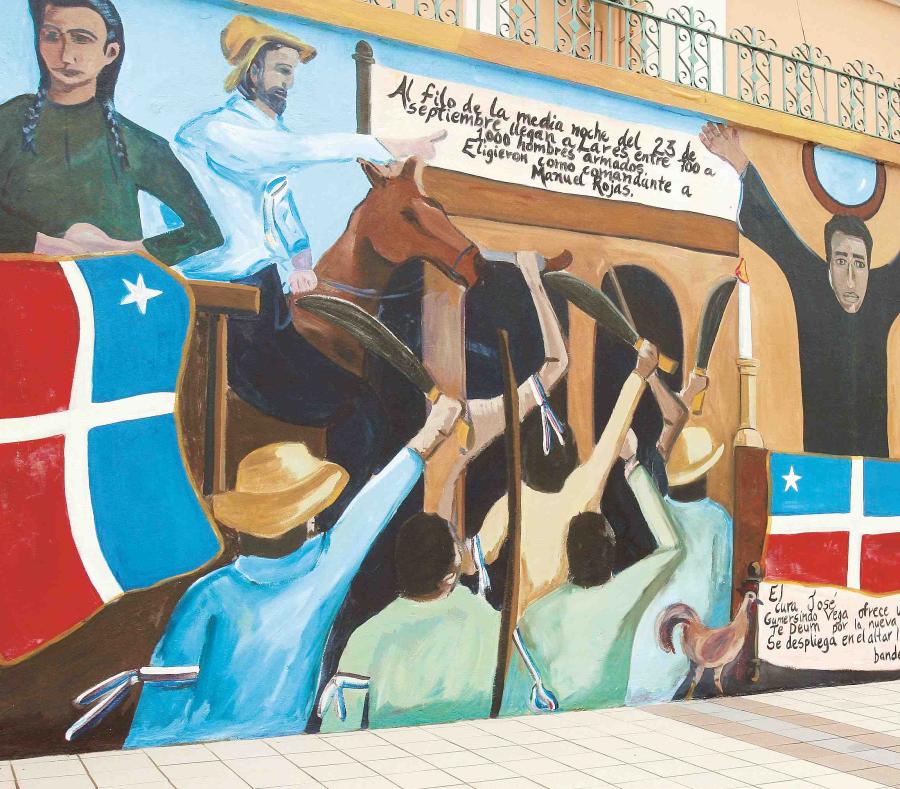 For the past thirty-four years, Oscar López-Rivera, the longest held political prisoner in Puerto Rican history, has commemorated El Grito de Lares from within a U.S. prison. From his cell in the Federal Correctional Institute in Terre Haute, IN, he wrote a brief reflection on the significance of El Grito. It’s very important to celebrate the Grito de Lares, especially to learn more about that glorious event and to have 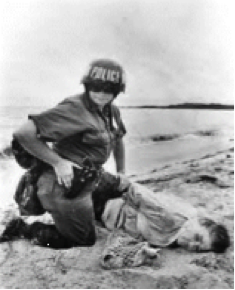 By Ana M. López On March 11, 2015, a celebration of International Women’s History Month honored the life and legacy of Isabelita Rosado Morales at Hostos Community College sponsored by the Puerto Rican Student Organization. Over 400 students attended this amazing event. Most, if not all, were born decades later and had never heard of these amazing women like Isabelita Rosado Morales and Alicia Rodríguez. After the student leadership welcomed

Editorial March 20, 2015 http://www.elnuevodia.com/opinion/editoriales/peticiondepaisporoscarlopezrivera-editorial-2022621/ The hearings in Washington of the Inter-American Commission on Human Rights, dedicated to Puerto Rico and focused on the defense of individual liberties, must be interpreted, among other purposes, as a summons to the Obama Administration to finally end the prolonged political imprisonment of Oscar López Rivera.  The human rights violations that leave the worst impression on a society are not only those that imply

A Summary of Work and Projected Plans During the Valentine’s day celebration, more than 60 people attended the second national meeting sponsored by the NYC May 30th coalition.  Bad weather all day long-cold and snowing day in NY did not stop the activists from traveling near and far. The meeting was held at Eugenio Maria de Hostos Community College on Saturday, February 14th, 2015 in the Bronx, NY. The image